The author dressed in Huaso regalia
with Don Waldemar Coronado 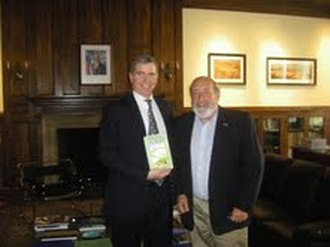 Following are excerpts from  One For the Road 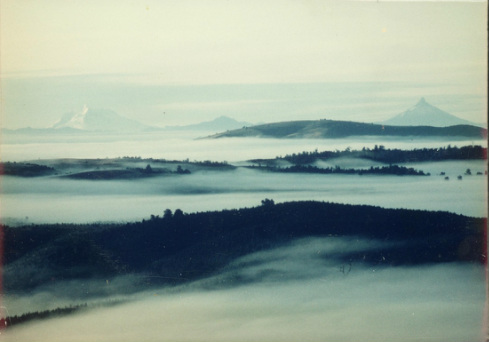 
This morning was one of those beautiful, fanciful vistas where thick billowy fog had settled into the valleys between the steep, dark hills.The volcanoes Choschuenco and Puntiagudo loomed faintly on the horizon.  Snow had fallen there, brushing them with white that was just a shade off from the pale sky.  It gave the volcanoes a spectral air. 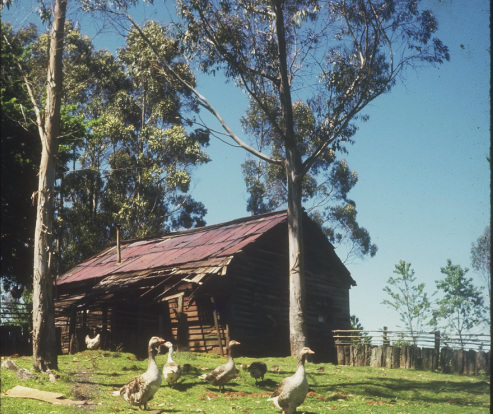 
The small cape had a patchwork roof of rusty tin sheets that overlapped like a puzzle without a pattern.  Jutting through the roof was a skinny stovepipe with white smoke shooting straight up. 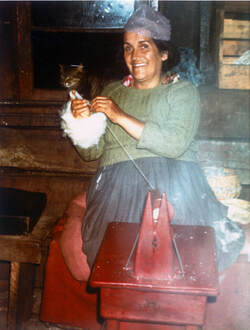 The Señora sat in a straight-backed
chair, working a spinning wheel set in
front of her.  With her thumbs and
index fingers she pinched and picked
and pulled at the bunch of wool in her
lap to feed the simple machine, while
pumping the pedal beneath it. 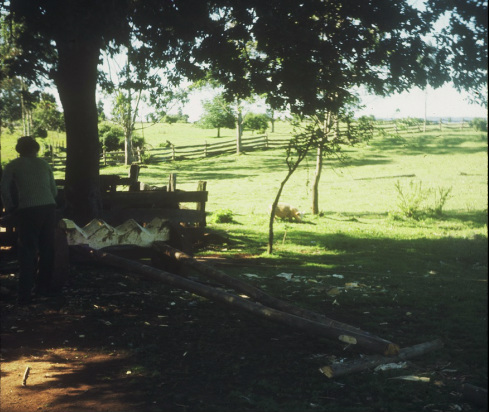 Emilio and Jaime had started building a wagon, and it was like stepping back in time.  He watched as they cut down pole-sized trees with long-handled, heavy axes.  The wood was brought back by oxen and peeled with a draw knife.  With axe, adze, and handsaw, father and son cut and shaped all the parts, and then fastened them with hand-whittled pegs.  The work area was soon covered by a carpet of bright white chips, and after a week a new cart emerged from the jumble. 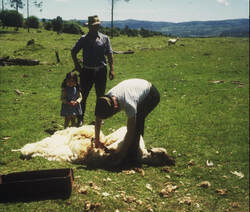 The weather was turning warmer each day, and Emilio and Jaime began to shear the sheep.  They worked side by side with hand clippers, peeling away whole fleeces. 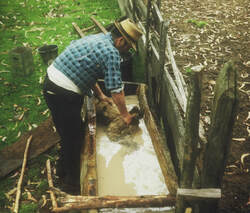 A few days later the sheep were dipped.  Emilio and Jaime filled a large hand-hewn log trough with many buckets of water, mixing in a chemical solution for parasites that turned the clear water milky. 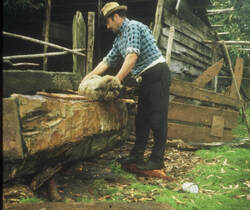 Tomás helped Jaime bring the sheep over from the corral, and Emilio lifted each one up and dunked it in the trough.  Emilio stood on two pieces of wood, trying to keep his feet dry as the panicked sheep thrashed around, spraying water everywhere. 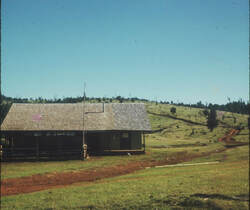 After passing several farms they came to a junction where the road branched off to the left and passed a schoolhouse and a soccer field before continuing up a long hill. 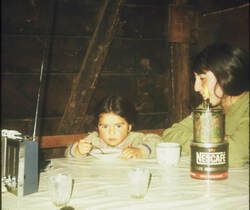 
Almost nothing was thrown away.  If a bottle were non-deposit, then it became a container for something like cooking oil or vinegar or maybe a candle holder.  Nescafe cans were transformed into kerosene lamps. 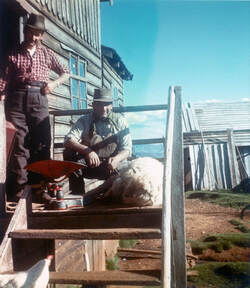 Pablo was a few years younger
than Ramon, and taller and less
stocky.  No one would ever guess
they were brothers. 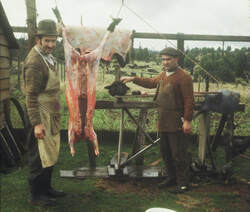 They stood on either side of the now headless, gutted, and skinned carcass.  The taller Pablo was unshaven with long dark sideburns and a derby-like hat.  His long apron was spattered with blood and guts, and his black rubber boots had little pieces of meat and fat stuck to them.  Ramon was wearing a beret and a short leather work apron. 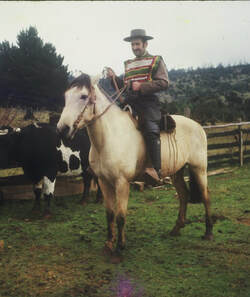 Tomás had seen Pablo dressed as a huaso--Chilean cowboy--several times.  He was a long-time member of the Huaso Club of Valdivia, and rode in parades and attended rodeos.  He wore a large flat-brimmed hat and a brightly colored little manta called a chamanto.The chamanto covered a snug, fancy jacket, and tooled leather leggings -- pierneras -- protected his pants.  His large jingling spurs were always highly polished. 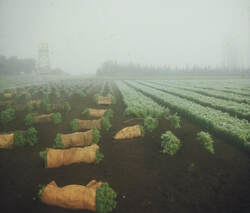 
"My boss in the Ministry of Agriculture told me that the trees will come in burlap bags with five hundred in each.  I will separate the bags into piles for each socio.  You will have eight bags." 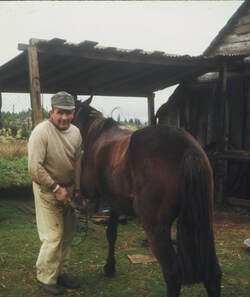 And it was for damn sure that Ramon knew Lobo's tracks.  He had shod Lobo last fall and had had quite a time doing it.  Lobo had tried to kick Ramon several times until Ramon finally put a twitch on him to calm him down. 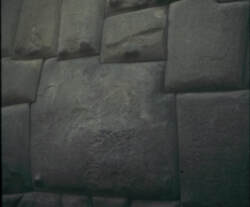 He saw a twelve-sided stone, set in an Incan wall, that put the stone walls of New England to shame.  Tomás tried to insert the blade of his pocketknife between each of the twelve joints.  He could not--the joinery was that tight and precise. 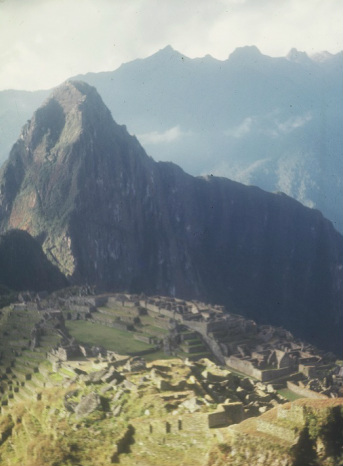 But what made Machu Picchu truly spectacular was its location.  It was set high on a mountain and surrounded by other mountains that jutted up from the lush Urubamba River Valley far below.  In all directions, everything was steep and green. 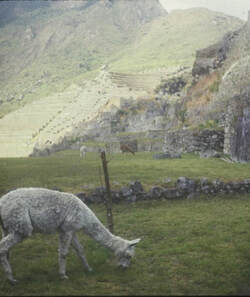 A few llama were grazing in front of him.  They were let in at night to keep the grass closely cropped. 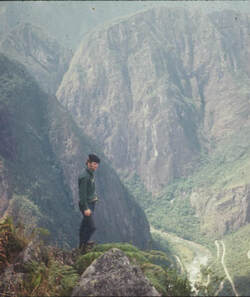 With his first step towards the ruins, he realized that he had passed the zenith of his trip and had begun the long trek back to Santiago.  And to Maria Elena.