Following are excerpts from When The Whistling Stopped 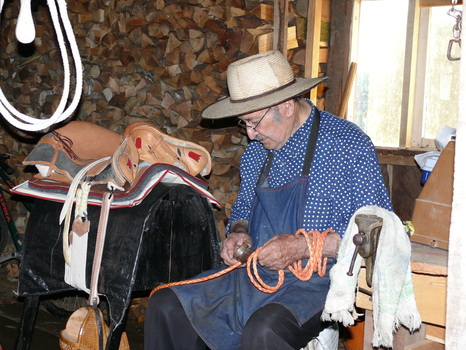 She walked along the side of the
house, stopping at the kitchen door.
She heard a radio playing a cueca:
Pablo must be out back, working on
the new saddle. 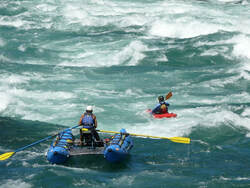 Two other guides, one in a kayak and the other in a small, single-man catamaran raft, followed them to the center of the river. 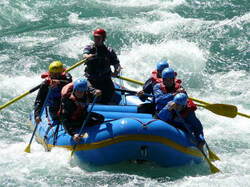 He saw some rafts approach the monster hole.  Pulling the camera from around his neck, he zoomed in on the passengers, their faces a mix of fear and excitement as they dropped down into the hole. 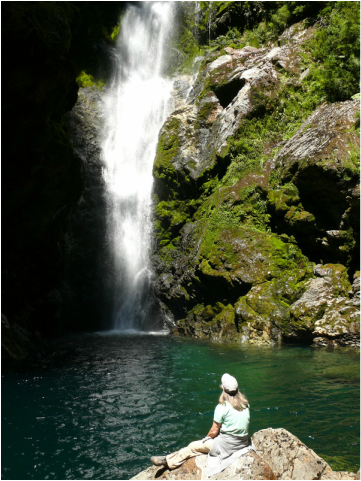 ...and the light was just right, he thought while reaching for his Nikon.  The waterfall was so tall that even holding the camera vertically he couldn't fit it all in.  He opted for shooting the lower section, a glistening torrent of water cascading past emerald-green ferns into the jade-colored pool. 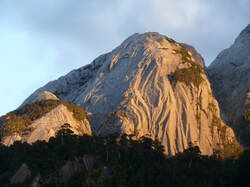 ...and finally the Valley of Cochamó near Puerto Montt where hardcore rock climbers from all over the world came to scale what they called Little Yosemite. 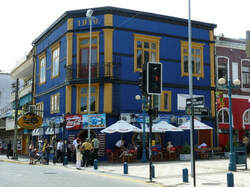 In a few minutes they arrived at the street in front of the market where, waiting for traffic, Amanda looked over at the V-shaped, two-story restaurant, La Perla del Sur.  Beautifully restored, it was one of the few buildings left standing after the massive earthquake of 1960.  Painted bright blue with tall, tan-trimmed windows and doors, 1920 was emblazoned in large tan numbers at the top of the façade.  Well-dressed shoppers and tourists were sipping cappuccinos at the outdoor tables. 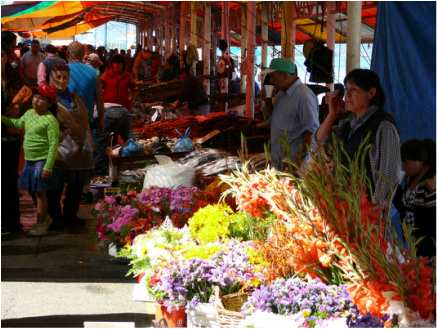 Two long roofs of taut, brightly colored nylon tarps offered protection from the weather.  The sunlight filtering through the nylon bathed the vegetables and fish in false tones. 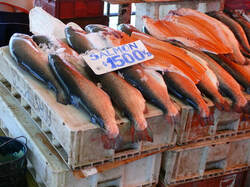 Miriam prodded farm-raised salmon before buying two filets, an extravagant purchase for them at fifteen hundred pesos per kilo. 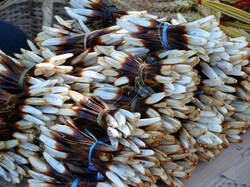 As they filled their shopping bags with items they couldn't or didn't grow behind the house, a young woman selling avellano nuts and small bundles of brown and white chupónes called over to Amanda. 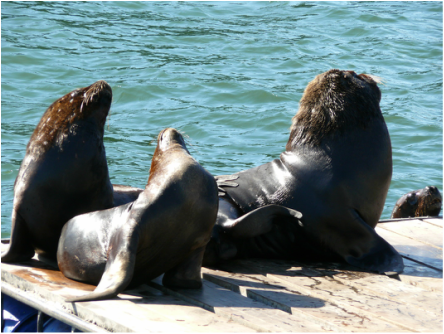 The perched, bewhiskered sea creatures arched up towards the sun. 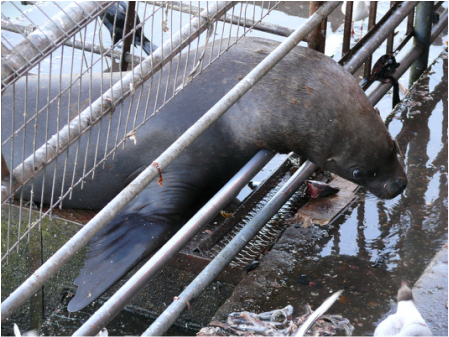 One had climbed up onto the wharf next to the fish vendors.  The railing shrouded in page wire kept the beggar out, but with bulging eyes it stretched its long neck past the bent section to reach the scraps. 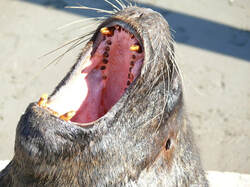 Not five meters away on a dock, Amanda saw a large bull yawn, displaying four prominent yellow-brown teeth.  Behind each tooth was a single row of small black teeth that, set in the cavernous pink mouth, reminded Amanda of watermelon seeds.  The sea lion's button ears weren't much bigger than the little black teeth. 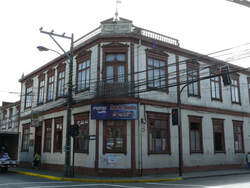 Amanda looked around the dining room of La Bomba while they waited for their check.  Tall, formal windows with deep burgundy curtains looked out on Avenida Arauco. 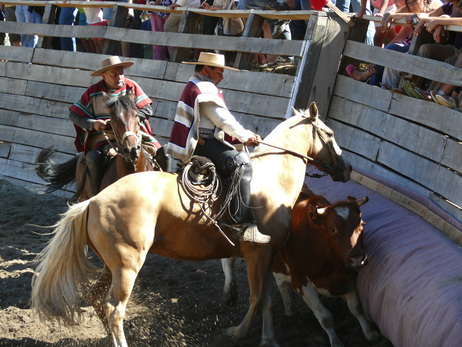 "It's where they turn the steers," Carlos said.  "It's all about controlling the animals, Lilia.  Two huasos work in tandem....One rider drives the steer while the other gallops side-ways until they force it into this quincha." 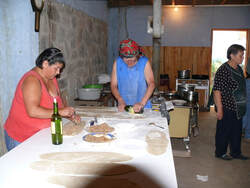 He watched the women roll out the dough with empty wine bottles, and shape the little tarts, filled with a mix of meat, onions, raisins, and pieces of hard-boiled eggs, before dropping them into a large pan of sizzling oil. 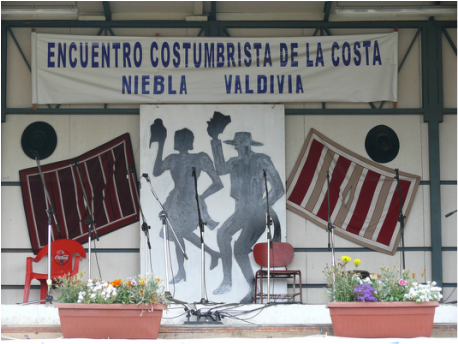 They parked under a lamppost on the edge of a field crowded with cars in front of El Encuentro Costumbrista. 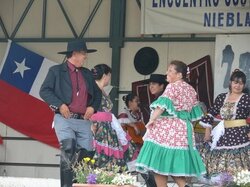 On the stage the men were dressed as huasos, and the women wore white blouses and long skirts. 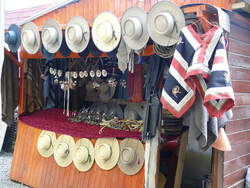