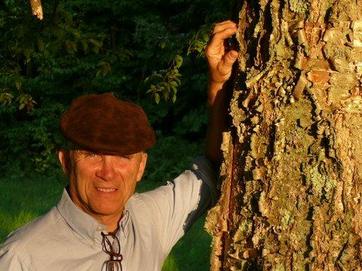 David Mather grew up in Sarasota, Florida, before attending school in New England where he graduated from Deerfield Academy ('64) and Bowdoin College ('68).  He then served in southern Chile with the Peace Corps from 1968 - 70.  He was the most isolated volunteer in his program, and the two years in the Peace Corps strongly influenced him.  Upon his return, he bought land in Lyme, N.H., and built a cabin in the woods.  He has lived off-grid for over fifty years.  Self-educated in forestry, he founded a successful specialty lumber business that sold rare domestic woods nationwide.  He has traveled extensively, especially throughout Latin America, and returned three times to Chile to do research for his first two novels.  He and his wife now split their time between Lyme and a small fishing village on Florida's gulf coast.  He has written seven novels: One For The Road,  When The Whistling Stopped, ​and The Crescent Beach Series:  Crescent Beach,  Raw Dawgin',  The Biloxi Connection, Gator Bait, and Louie. Travels With Davy, a combination travelogue & memoirs will soon be published.